So, in my back yard, there's a bunny. He lives next door in Julia's daddy's back yard, but Julia and I have a little bunny feeder with corn and water for the bunny. He has a tiny hole in Dad's (would it be Dad's fence? Our fence? The fence?) fence. 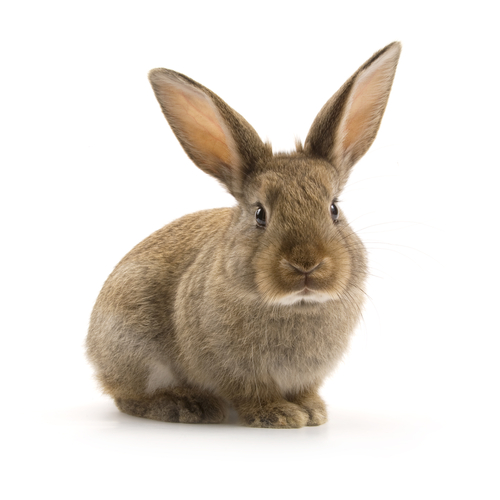 He's adorable. No, really. I think so. Julia thinks so.

He thinks so, too.

Every night, Sonny chases Mr. Bun-Bun. Every morning, same thing. Over and over, day after day.

Sonny is... well, he's a big pup. Bassets aren't the teeny tiny critters you imagine -- he weighs almost 75 pounds and he's a little slow on the uptake. The chances of him actually catching Mr. Bun-Bun seemed slim.

Then about two weeks ago, Mr. Bun-Bun was near the back door and decided to zip diagonally, and Sadie, Sonny's older, thinner, meaner, spryer sister, cut Mr. Bun-Bun off.

I was standing at in the kitchen, making coffee, and I admit it. I froze.

See, I could foresee the problem that was fixin' to happen. Julia deals with critters -- lizards in the bathroom, she removes them. Raccoons in the garage, she drives them out. Scared lost baby birds? She puts them back. Me?

I deal with dead things.

So, back to our story -- Sonny the Great Tri-Colored Hunter is nose-to-nose with Mr. Bun-Bun, the small and terrified.  Sonny stops, touches noses, then backs up a step and waits, very patiently, for the rabbit to run.

As soon as the bunny scamped, off Sonny went, at a not-too-terribly-fast trot, tail wagging like he was the happiest hound dog alive.

Y'all -- my basset has a friend. A bunny friend. They play tag.

This morning, I looked out at the corn feeder?

We named her Elmira.

Have a fabulous day, y'all.

This was a FANTASTIC story. Srsly, I'm sitting here with a HUGE smile on my face, and frankly this evening, I needed that. I'm so glad I read this. I love that Sonny and Mr. Bun Bun are friends and that now Mr. Bun Bun has a new friend Elmira :D SO CUTE.