What She Wants and Ink Out Today! 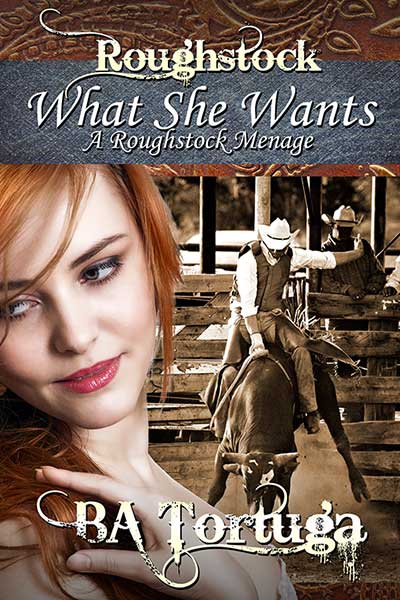 Calleigh and Adrian have always had an open marriage. Adrian being on the road all the time has made it easy for them to have separate lives, but neither of them acted on their agreement to see other people until Adrian met fellow Aussie and force of nature, Packer Stevens.

Now Packer and Adrian are always together, and Calleigh is left at home, missing her man. When Calleigh decides she’s not going to let Adrian go without a fight, she comes up with what she thinks is the perfect plan. She hits the spa, and the gym, and sets out to find her inner buckle bunny, intent on getting her bullrider back, and maybe on impressing Packer a little, too. She heads out on the road, ready to fight for her husband.

What Calleigh doesn’t understand is that her plan will be wildly successful, and also the hardest thing she’s ever done in her life. Packer is more than willing to play, but he’s as complicated as Calleigh is emotional. As much as he loves Calleigh and Packer, and the sexy games they play, Adrian has to try  to set things right, but can he find a way to give Calleigh what she wants, and make everyone else happy at the same time? 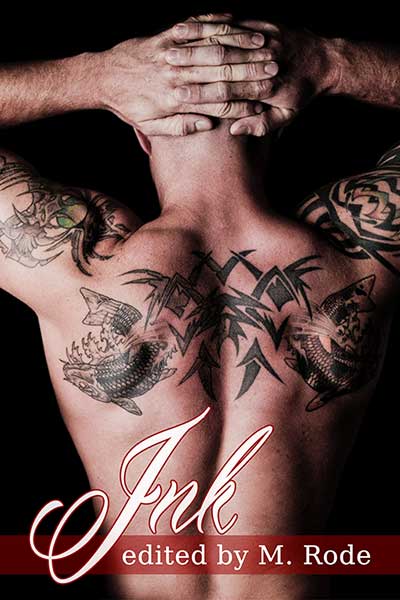 Tattooed men are sexy, right? That’s the premise of the eight tales in the Ink anthology.

Victoria Sloane opens with The Frayed Line, the story of Dan, who daydreams about the black line on Jonah’s back until he finds out what’s underneath the ink. Sinner's Star by Elizabeth Brooks is the story of ex-con Dope, who discovers his best friend Rat isn't dead after all, but Rat has a new tattoo, a .45, and a grudge against Dope!

Katherine Halle brings us Kelly, who fantasizes about licking Dwayne's tattoos, and just might get his chance in Come Fly With Me. In Dragon by D.K. Jernigan, bartender Travis is haunted by a sexy man with a magnificent dragon tattoo. Now Travis just has to find him. Mychael Black's Detective Kris Winters is also looking for a man with a very special tattoo in Secrets.

In Pounding Skin by Emily Moreton, Mal's tattoo should confirm his commitment to the army. To his shock, it has far more impact on his life. In Simple Instructions by Zoe Trope & Brendan Adkins, Finn accepts an internship at a large law firm, and loves his position at the hands of Robert, a demanding, tattooed lawyer. Finally, in BA Tortuga’s Tramp Stamp, what's a vamp to do when he has a tattoo he can't get rid of? Read the Ink anthology to find out!