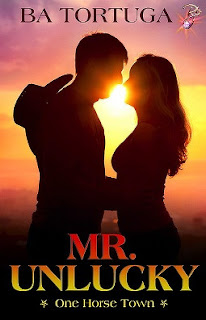 Y'all Mr. Unlucky came out today. Go check it out. It's my new One Horse Town series and this is book one!!! I am so excited about this one and this series.

Cowboy Bodie might be unlucky in love, having lost not one but two fiancées in his life. When he meets Addie, though, he knows he’s found a special girl, and he thinks he might be willing to take one more chance with his wounded heart.

Addie has been in war-torn parts of the world and is on the rebound from a bad relationship. When she comes home to East Texas, all she wants is to relax and enjoy life for a bit. Then she sees Bodie, and she thinks he’s the hottest thing she’s ever cast her eyes on. She’s willing to put in the time and effort to convince Bodie that his luck has changed.

Between Bodie's past, Addie’s ex, and the meddling of an entire small town, Bodie and Addie have a lot to work through if they want to go from just friends with benefits to something more serious. Can Mr. Unlucky and Miss Good Times find a way to make it work? 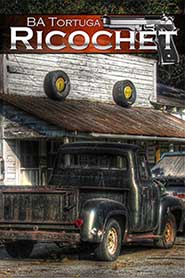 Ricochet also came out today and it is a hot little number too y'all.

Holt is leaving his life in the city, ready to shed himself of the drama of his ex and get back to the simple life in Texas. His ex, Dave, disagrees with the idea. Violently. When Holt ends up injured and stranded, it’s his old friend, Teague, who comes to the rescue.

Teague has always regretted letting Holt slip away, and he’ll do whatever he needs to keep the man in his life now, even if that means enduring the agony of “just friends”. Will Holt ever realize how much Teague loves him, or will it be too late for both of them?

Originally published in Under This Cowboy's Hat.

CONGRATS on the new releases!!!