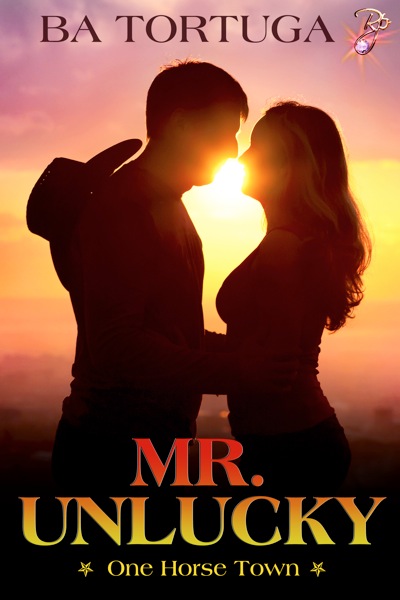 Bodie and Addie appeared one afternoon and then, suddenly a month later, I had them in a neat little hot package. Cowboys, kidnapping, guns, hot sex, beer, a twin, horses, and two gay daddies.

What more could you want?

Official type blurb: Cowboy Bodie might be unlucky in love, having lost not one but two fiancées in his life. When he meets Addie, though, he knows he’s found a special girl, and he thinks he might be willing to take one more chance with his wounded heart.
Addie has been in war-torn parts of the world and is on the rebound from a bad relationship. When she comes home to East Texas, all she wants is to relax and enjoy life for a bit. Then she sees Bodie, and she thinks he’s the hottest thing she’s ever cast her eyes on. She’s willing to put in the time and effort to convince Bodie that his luck has changed.
Between Bodie's past, Addie’s ex, and the meddling of an entire small town, Bodie and Addie have a lot to work through if they want to go from just friends with benefits to something more serious. Can Mr. Unlucky and Miss Good Times find a way to make it work?
Excerpt:

“Did you know frowning that deep will give you wrinkles?”

Bodie started a little, then turned to glance behind him before looking back at her and raising one almost-black brow. “You talkin’ to me, honey?”

“I most definitely am.”

He was long and lean, with leather-tanned skin and bright blue eyes. Hoo, yeah. She was so talking to him.

His frown shifted into a smile, which gave him even better lines. “Well, then, I got to tell you, no one has cared about my lines in years.”

Those pretty blue eyes were checking her out, though, making her blood pump faster.

“Too bad. That sounds like an incredible waste of one hell of a mouth.” Why pretend to be shy? Addie knew being the retiring type was not one of her failings, so to force it now would be silly.

The smile lines got deeper, the expression reaching his eyes. Gracious. That was lethal. “Thank you, ma’am. Whatcha drinkin’?”

“Shiner,” she said, and winked. “I’m back in Texas. Might as well have the good beer.”

From Guatamala to Ghana, Moscow to Mozambique. She’d been and done it all. Now she wanted home and spring and bluebonnets and hot cowboys in her bed.

“Cool. Another Shiner for the lady, Carl.”

Carl, a skinny old cowboy with a three-inch lift in his left boot, nodded, staring at her with wide eyes. Obviously, he expected her to drop dead on the spot from talking to Bodie. When she didn’t, he grinned, the look pure shit-dipped evil. “Lord, that ain’t no lady. That’s Chris and Brandt’s youngest girl, Addison.”

Oh, she hated to be called by that name. She rolled her eyes, rubbed the bridge of her nose with her middle finger, then turned back to Bodie. “Addie. Thanks for the beer, cowboy.”

She let herself look, obvious and slow, admiring all the way along.

“Not a problem. Have a sit.” He motioned at the stool next to him, and she wasted no time plopping down.

“So, tell me something odd about yourself. Something I couldn’t guess.”

“I like cotton candy.” He grinned again before taking a swallow of his beer, his tanned throat working in an addictive way. “What about you?”

OH this sounds like a really fun read :D Congrats on the release!