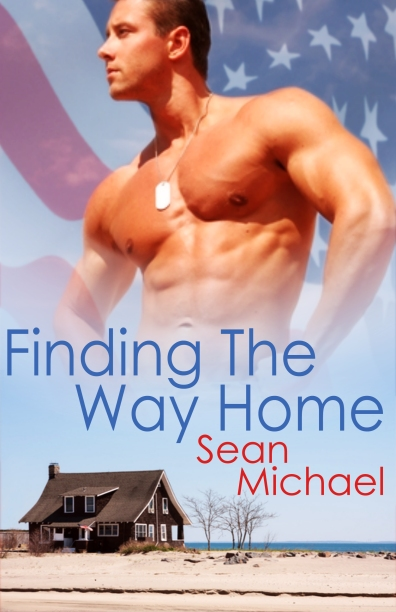 Thank you, BA for letting me take over your blog to share my latest book from Amber Allure with your readers. I hope they all like smut, because you know that my excerpt is going to have some in it!

This book is a part of the “To Love a Hero” AMBERPAX collection and when I saw the military theme, I knew right away I wanted to write a story for it. I was suddenly itching to write a soldier again and James immediately presented himself, front and center, to be that man.

He’s an amputee – lost his arm from just below the shoulder when he saved the rest of his squad by jumping on a bomb. Now that’s a hero.

Unfortunately he doesn’t get a hero’s welcome when he gets out of the hospital – the man he’d been with for seven years has replaced him with another man and was too chicken-shit to let James know while he was still in the hospital. So James finds himself in front of an old platoon buddy’s beach house, pleased that at least someone has his back.

So yeah, not only did I get to write a soldier, I got to write two! And I got to put them together. Yum!

Blurb: When he arrives home from a long stint in the hospital after losing his right arm to an IED blast, Sergeant James Miller certainly doesn’t expect his keys not to work and a strange man answering his door, only to learn his boyfriend has dumped him. Yet that’s exactly what happens, and James is just happy that he can count on his old platoon buddy to have his back, and a spare bedroom he can use until he gets on his feet.

Horace Grundy the third—“Horse” to anyone who doesn’t want to get his butt kicked—is retired and has a tidy house on the beach that he calls home. The place isn’t big, but he figures there is plenty of room for James, even if he has always fancied the man.

Thankfully, the two of them fit together well, and soon the roommates become more. But James’s past isn’t ready to let go of him yet, and the new lovers are caught off-guard when James’s ex-boyfriend suddenly reappears in his life. Can James and Horse’s new relationship weather the storm?

“Gotta get you ready,” Horse told him, voice rough with need.

“Oh, fuck yes. This okay?” He wasn’t sure he knew how to do hands and knees without his arm.

“Yeah, I want to see your face while I do you.”

“Love that you’re eager.” Slicking up his fingers, Horse shifted to kneel between his legs.

“I’m not ashamed of what I need.” He’d done that already, learned all that being ashamed could teach him.

“Good. I’m not either. I’m not ashamed of anything about you.” Horse pushed a finger into him. Horse’s eyes rolled. “Fuck, baby. You’re tight. Gonna feel so good around me.”

Horse finger-fucked him with the single digit, eyes boring into him and James began to move, rocking against that touch.

“That’s it, baby, you know how to take what you want.” Horse pushed a second finger into him.

Horse pushed his fingers in again. “Oh yeah, that’s what you need.”

James nodded and wetted his lips, his head spinning. That third finger he needed pushed into him, stretching him farther as Horse moved slow and easy.

Satisfaction was a good look on Horse.

The three fingers inside James stretched wide, opening him up even more.

James damn near shot up, the sensation making his whole body curl. Horse nudged it a few more times, making him shout. Then Horse’s fingers slid away. James couldn’t have stopped the protesting moan if he’d tried.

“I’m not going to leave you hanging,” Horse promised.

Horse gloved up and settled between his legs again, tugging his ass down a little. James looked into Horse’s warm, dark eyes and Horse stared right back.

Grabbing his legs, Horse draped James’ ankles over broad shoulders and began to push into him. The heavy head spread James, stretching him without a bit of hesitation. Horse didn’t stop, didn’t speed up, simply continued pushing forward, filling him up. James took and took, accepting every inch. His legs were pressed back against his torso as Horse leaned into him, the thick cock finally stopping once Horse was all the way in.

James was full, filled to the brim.

Turning his head, Horse kissed his the side of his knee, then began to move again. 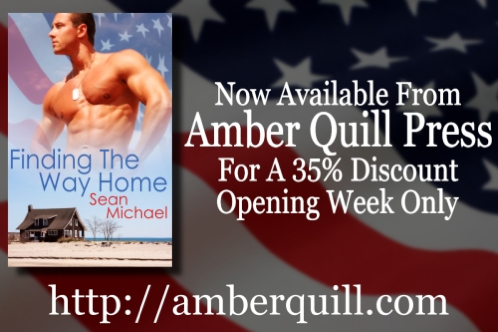 OMG YES Smut fixes everything. I LOVED this excerpt!

Thank goodness Smutterday can be any day!! Waiting for Amazon! *tapping foot impatiently*!

Can't wait to get my hands on this one....going to review it for my review site :-)
Evelise