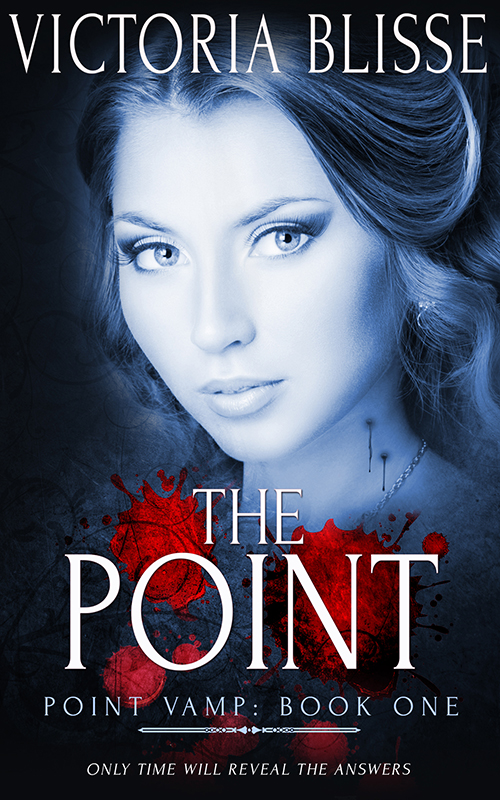 She has recently revamped all three of her Point Vamp books and the next in the series will be out on the 22nd September. To celebrate these new editions, all the books have sexy new covers and each book has its own special offer. Until the 30th September you can pick up The Point, the first book of the Point Vamp series completely free of charge from Totally Bound.

What is The Point?

It is the hottest club in town for both Vampires and humans alike. It has a large dance floor and a bar like any other club but once you disappear behind the VIP only door you find out what makes The Point so unique. Sex, blood and lust all behind closed doors and only accessed by the chosen ones.

Now, you become a chosen one and get to see the sexy world behind that door.

Welcome to The Point.

Love conquers all, that is the point but can it bridge the differences between a vampire and a woman?

Hugh is twenty eight. He has been twenty eight for nearly one hundred years. Hugh is a vampire. He owns a club called The Point and he pays girls to have sex with him. He then counts to ten as he sucks their blood to semi-satisfy his lust.

Elizabeth is a doctor, she loves her job but likes to escape into the countryside now and then. When she twists her ankle Hugh comes to her aid. He carries her curvy form all the way back to his home. He takes care of her ankle and the rest of her body too but he goes too far and sucks her perfectly intoxicating blood.

How can these two lovers have any kind of relationship? They don't know, only time will reveal the answers.

Publisher's Note: This book has previously been published under the same title by Totally Bound. It has been expanded, revised and re-edited for re-release.

She gasped. His lips were as icy as his hands, and they were demanding. They undulated and coaxed the kiss from her lips. Her mind spun as her body reacted. She ran her hands ran up and down the front of his body. They skimmed under the heavy material of his jacket then traced his hard torso through the silken material of his shirt.

He pulled away suddenly. She almost fell, but he kept her steady, his hands braced around her waist.

“Now, you need fastening.” He seemed shaken up too. He spoke quickly and his hands shook at her waist as he slipped behind her, sliding his hands around her to keep her steadied.

“Yes, fastening, yes,” she said. She made no sense and realised it, but she could still feel the pressure of his lips against hers and her fingertips tingled. She was completely undone, and she didn’t mean just the corset.

“You should feel a gentle constriction, Elizabeth. If it feels too tight, please tell me.”

She might have been mistaken, but she was sure Hugh’s hands shook as they tweaked and twiddled laces.

The two sides gradually started to shift farther around, and Elizabeth started to feel the constriction. As he pulled tighter, Hugh got closer until he stood behind her with his trouser front pressed into the flesh of her buttocks. She felt him through the thick material of his pants. He was hard, really hard. She pushed back her hips and was rewarded with a strangled, gasping groan. Now, she was sure of it. He was as aroused as she was.

“Right,” he said. His hands rested on her hips. “I think you’re secure now. Stand up straight against me so I can check.” She pushed up and wobbled a little, but Hugh’s hands stopped her from tumbling over. “How does that feel?”

“Okay,” she replied, her voice barely more than a whisper. “Not too tight.”

He ran his hands around her waist, until his hands cupped her breasts through the material.

“Nothing bites or digs in?” His chin rested on her shoulder, and she knew he was looking down into her impressive cleavage.

“No,” she said. Then he pressed his lips to her neck, and she moaned as her leg nearly buckled under her. “It feels remarkably good.”

“That’s good,” he whispered. His lips leant on her flesh as if he were undecided what to do next. “It feels good.” He ran his fingers down her sides and to the very edge of the corset and traced along the border between skin and clothing. She shivered as his touch slipped lower and wondered what he was doing. She wanted to move his hand away, not because she wasn’t enjoying it but because she was afraid that he would be turned off by what he felt. She did nothing to stop him though. She was hypnotised by the gentle kisses on one spot of her exposed neck, and she let him run his fingers over her freely. He explored her hip and thigh. Smoothly, he moved inward, and she knew her flesh was slick as she was aroused to a level she had not experienced before.

He stroked down first. She was disappointed until the upsweep carried his fingers to the very edge of her pussy and his fingers curled and teased her pubic hairs.

Delicately, he pressed in, felt her swollen lips and insinuated his finger between them.

She couldn’t think. She knew that something about this was wrong, very wrong, and she shouldn’t be letting it happen, but as Hugh ran his fingertip over her clit, she forgot everything but the pleasure radiating up through her body. He played her like a professional. He knew just where to touch and how hard. He dipped his finger inside her, scooped up more of her fresh juice and trailed it back up to her clit to aid his exploration. As he rubbed, she moaned, blown away by the eroticism. Her body zinged with sexual pleasure in a way she had never dreamed existed. He was so in tune with what she needed that, within a matter of moments, she was quivering and panting. She was on the brink of the most outstanding orgasm of her life when she wobbled and put down her right foot. The pain exploded, and she yelped.

Pick up your free copy of The Point at Totally Bound now! 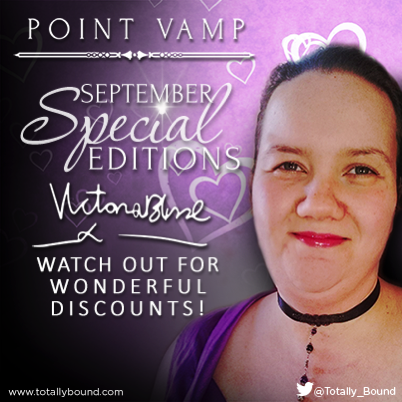