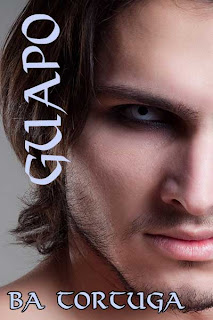 So, a hundred million years ago I decided I wanted to read an anthology featuring blind vampires. Of course, one of the deals about wanting to read stories like that is that you have to write one, so that the anthology makes.
Guapo was my offering and now it's out on its own.
Out, get it? ;-)
Official type blurb:
Dieter is just like any other vampire. A little lonely, a little bored, ready to go out and hunt. The one thing that makes him different is his blindness. His inability to see doesn’t stop him from knowing how special Mago is when he meets the young man, though, and he decides to pursue Mago as something more than a meal.
Mago knows there's something different about Dieter, knows he wants to make this beautiful man into art. He takes a chance to see Dieter as often as he can. Life is unpredictable, though, and they may not have as much time as they think. Can Dieter beat both the blindness and the clock? Previously published in the Eternal Darkness anthology.
Available at Torquere Press and All Romance Ebooks.

Maybe I should do another anthology...

OH interesting. Congrats on it being out now :D