Ten years ago, give or take, I was having an affair with pseudo-Victorian erotica. What does this mean? I was writing what Julia calls Hollywood style, taking the feel and the romp without bogging it down in detail. I don't consider this historical, more hysterically hot. :D 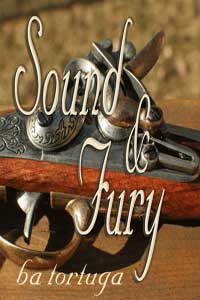 Running from his past, Declan Murtagh arrives in London and immediately sets it on its ear, earning himself so many duels with his temper that he never needs to shoot for target practice anymore. One early morning assignation leads him to the most intriguing, and infuriating, man he's ever met. Seth Rhodes.

Seth is a old rakehell, and he sees something of himself in Declan, vowing to take the young man in and teach him a few things about controlling his temper, polite society, and debauchery. When they come together it's like lit gunpowder, but what will they do when their pasts catch up to them?

Hiding his deep yawn behind his hand, Seth Rhodes wondered, not for the first time, why anyone would wish to leave the warmth of their bed at dawn to be shot at.

Or why anyone would think he would want to be there to witness it.

Still, Carlton was one of the few, rare friends he maintained from his formative years, and he was therefore bound to agree to second him in this ridiculous duel.

Such utter tripe, the insult Carlton claimed the young pup he was to meet gave him. The man was simply feeling his age, longing for the supposed adventures of his youth. And Seth had the terrible feeling that the young man who just rode up on a rather impressive Irish racer was a much better shot than Carlton could ever be.

The young man slid from the horse, eyes flashing even in the early morning light. Odd, really. He didn't believe such fiery anger could be pretended before noon, much less honestly felt.

Carlton surged up, nostrils flaring in a most amusing manner, and Seth put a hand to his arm. He looked the lad over, stifling a smile with less success than he had the yawn.

''Yours was the insult, you have chosen your weapon?'' A formality, as he knew very well the lad had chosen pistols.

''Pistols. The distance?'' The rich brogue was clipped, lips tight, but the stocky body was relaxed, easy, no sign of distress.

''Twenty paces should suffice.'' He looked at Carlton. ''I don't suppose you would care to apologize?''

Grim-faced, his friend shook his head. Seth shrugged. ''Very well. Pace off, and I will call to fire. Unless you have seconds arriving, sir?''

''I don't. You ready, then? I've not much time to play with you.'' At Carlton's nod, the men stood back to back, Carlton's challenged a head shorter and a bit wider, curly red hair flaming in the rising sun. Then they paced off and faced one another.

Seth waited until they were at right angles to one another, both at the ready before he called. ''Fire!''

The explosions were loud, a small, dark hole appearing in the meaty part of Carlton's shoulder, his friend's pistol falling to the ground. The young man stood and watched, eyes hooded. ''Our argument's done now.''

Carlton staggered, went down on one knee, but looked nonetheless as though he would argue, so Seth went to him and took the pistol from his hand. ''Your honor has been satisfied. Leave well enough alone, you fool.'' He summoned the doctor with a wave, and went then to the other participant.

''I am. Tell your friend to watch who he passes judgment on.'' Green eyes flared, lips firming. ''I'll not be so kind next time.