Always so much fun when I get to sweep in and take over BA’s blog for the day. It’s so comfy, kinda like sitting next to her in the office in our recliners. Yeah, we have desks, but that’s not where we write. We just do taxes and stuff there.


Tate is a big, strong guy. Thing is, he’s totally omega. He just can’t help his little pack overthrow the asshole alpha they have. Then Rand walks into a bar in Tate’s pack’s territory and does what Tate’s people have been trying to do for years with one punch.


I had a ball exploring the dynamic there, and the surprising fact that Tate wanted to be a full time sub. I admit, I didn’t get to fully explore that in book one, but I hope to as time goes on. 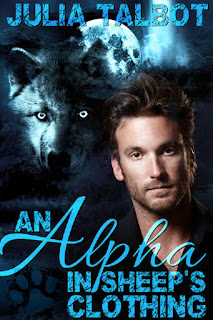 Here’s a wee bit from the story:
“I don’t want any trouble,” Rand murmured, knowing that his words bounced off utter futility. He never wanted trouble, but he got it the moment he walked into a bar and ordered a beer. Something about his lumberjack chic self called to all testosterone-ridden assholes on a cellular level, he supposed.
Tonight’s particular butthead had blond hair, an ugly glint in his eye, and the smell of too much whiskey on his breath. “We don’t like your kind here,” the guy said, reaching out to poke Rand’s chest with one pointed finger.
“What kind would that be?” Rand asked politely, trying to decide whether to break the finger or just tap the guy on his obviously glass jaw.
“Know-it-all jerks who have no business being in our town. I can smell you, fucker. You want our pack. Well, you can’t have it.”
Pack. Rand glanced around at the suddenly still men in the room, all staring down at their beer. The one female, a leather-bustier clad bartender, disappeared through the swinging doors that led to the kitchen, clearly ducking out of the line of fire.
“Out of all the bars in all the world,” he said, trying for ironic. Clearly this one was not a Casablanca fan, judging from the way the man’s scowl deepened.
“Yeah. This is our territory. You need to leave. Now.”
Hmm. Rand could do that, especially since he was just passing through on his way up to Montana. He didn’t want trouble, either, especially not with a pack of werewolves who took exception to a lone wolf.
Then again, he totally hated this posturing bullshit. Rand hadn’t even noticed these folks were like him because the bar had a sour, sort of rotting wood smell that disguised anything wolflike. They could have let him have his drink and move on, with him never even knowing they were there.
“I paid for this piss poor beer, buddy,” Rand said. “I think I’ll hang out.”
“What did you say?” The guy got all teeth-gritty and fist-clenchy, growling at him in a way that really put his back up.
“Let me put it in simple terms.” Rand looked the guy right in the eye and smiled. “Fuck off.”
He heard a kind of sigh rip through the barroom, and time slowed down as it always did when someone threw a punch at him. Rand had what his dad would call slow motion perception. Warrior reflex. Silly, since he was a damned forestry expert, not some pack enforcer.
The punch was drunken and clumsy and missed by a mile. The return one Rand threw had neither problem. He hit the jerk right on the chin, and something cracked under his knuckles when he connected.
The guy’s graceful swan dive to the floor ended in a thud that shook the glassware.
A hush reigned in the room for a long moment, the only sound the big screen TV with some sort of sports game going on. The crowd on the TV cheered while everyone in the bar stared at him. Then the weirdest echo happened, the men in the room clapping and screaming as loud as any rabid fans.
An older gent with a giant gray beard strode right up to Rand and grabbed his hand, pumping it up and down. “Welcome stranger. Welcome to the pack! And congratulations.”
“Congratulations?” Rand said. “Why?”
The man beamed, his beard splitting in half. “You won the fight fair and square. You just became the new pack alpha.”


You can find the book on ARE here: https://www.allromanceebooks.com/product-analphainsheep039sclothing-1949340-145.html