Okay, so y'all have heard me squealing for weeks, right? 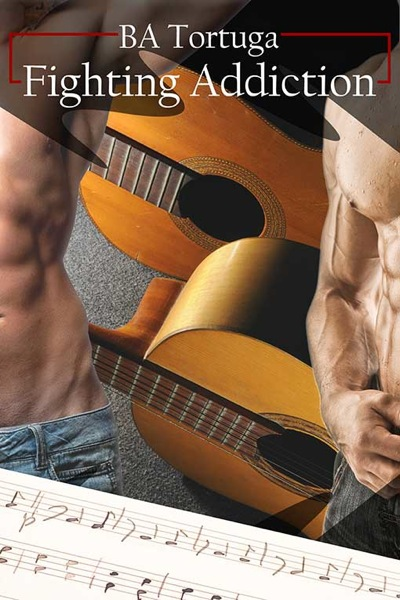 I love these boys with a passion that borders on insane. Y'all know how writers talk about characters eating their brains? That's Markus and Seb for me. Three months I lived in their hearts and I'm blessed for it. These two broke my heart, about a thousand times.

The text in the video is a song that I wrote for the book, Silent Love. One day soon, I'll find someone to put it to music, you just wait and see.

Country hat act Markus Kane is pretty skeptical when one of his oldest industry friends calls and asks him to do a joint tour. He and Seb haven’t seen each other in years, not since Markus quit drinking. Maybe not since he and Sebastian Longchamps almost lost their careers to the fact that they couldn’t keep their hands off each other.

Sebastian is a country-fried Cajun rocker, and he’s been missing Markus ever since they broke up all those years ago. His label thinks he and Markus are a match made in ticket-sales heaven, but Seb knows better. He knows that it won’t take even the tiniest effort for Markus to break his heart all over again, and this time around he has way more to lose.

Time has changed both men, though, and while Markus and Seb try to fight their addictions, the big music industry machine has plans for them that don’t include the quiet life. Can Markus convince Sebastian that there are things more important in life than adrenaline and control? And can Sebastian make Markus understand that all he really wants is his music and his man?

Markus wiped his hands on his jeans. The place was an island paradise, and he felt seriously overdressed, but this was a business meeting first, right? He'd chosen jeans, boots, and a white shirt, no starch. That was his concession to the tropical location.

Later, when he was sure he and Seb could still see eye to eye on anything, he'd bust out the board shorts and flip flops.

Jesus, why was he suddenly so fucking nervous? This was Seb. There wasn't much Markus hadn't known about the man, once upon a time. From the way Seb whistled in his sleep to the way those muscled shoulders looked when the hot little son of a bitch was on his knees sucking cock.

No remembering that, not in these jeans.

Seb came in the door, the tiny bald fucker wearing a pair of gauzy pants that hung so low Markus could see the hipbones holding them up, an LSU T-shirt, and a pair of dark sunglasses on. "Candy! Damn, man!"

"Hey, Seb!" He shook the man's hand, not sure if anything else was appropriate.

"You look great, dude. Happy, healthy. You get some sleep?" Seb tugged him in, gave him a solid man hug, hand slapping his back.

"I did." Seb smelled like coconut and musk. God, that was yummy.

"Excellent." Seb stepped back, grinned. "So fucking glad you showed. Have a seat. Did Bev take care of you?"

"She's been great." Hell, he'd had everything he could ever want. Seb's assistant had even taken the wet bar out completely, just leaving juices and sparkling water. The woman was inhumanly efficient.

"She's a champ." Seb settled in a chair across from him, muscles rippling under the thin T-shirt. "So, Jack says you have demands. Demand away."

Markus blinked, trying to remember what all he'd wanted to talk on. "Well, Tawny has dealt with all the advertising equality and all that bullshit."

Seb waved one hand. "If the suits had a problem with that shit, we wouldn't be here. I know that. I'm not looking to fuck you over, man. I just want to make some music and some money."

"I know that." He rolled his eyes. Blunt little fuck. "I also know you're a control freak. We write the EP together. We do at least one duet. And I can't tell your boys what to do on tour and all, but I need to know there won't be booze backstage or on my buses."

There. That was the hard part, right out in the open.

"Works for me. I don't drink, and my boys are family men now. They may have a beer on their bus, but that's their issue." Seb stretched. "Your people are taking care of your buses; mine mine. I want my boys to play on the recording, at least on half the songs."

"Sure." Half of Markus' band had actually retired last year. He'd made them a pretty good living over the years. "I want Kyle on fiddle, but other than that I'm easy."

"Kyle still with you? Even after rehab? I'm impressed."

"Dude, Kyle is on Weight Watchers. He's way more scary on sugar detox than I was on withdrawal." It could be hell to get old. Markus knew from experience.

"Oh, man. I mean, I get it. I know what I eat. I'm careful." Shit, careful. There wasn't an ounce of fat on Seb, that Markus could see. It was a good look, but he had to admit it was a little unnerving.

"You know me. I get off the sauce and I can eat a lot." He could still devour the Waffle House as long as he hit the gym.

"Rock on." One near white eyebrow lifted, rising above Seb’s dark glasses. "So, you want to do a couple of rocking cuts, one ballad, one cover and something... patriotic?"

"Something summertime, maybe?" He could think of a thousand song choices that wouldn't offend anyone... Yeah. Something they could base a tour on.

"You know me, I'm a sun baby." Yeah, Seb'd made a career on being the wild child -- hang gliding, snowboarding, motorcycles, airplanes. Anything and everything. Extreme sports events vied for the man to do shows like rodeos begged for Markus.

"So, studio in February, first release in April, tour starts in May?"

"Yeah. Yeah, that works. I've got some award shows in May, so we'll have to schedule it."

"Sure. Tawny and Jack will run with that. Who's your assistant?"

"Dude. How do you function?"

"I got my laptop. My phone. Tawny is superhuman." His ears felt hot. He wasn't as busy as he'd been once, either.

"I'm impressed. I'm not smart enough to keep all that shit straight."

He surprised himself by wanting to growl. "You do fine."

Seb chuckled, bare feet curling up under his legs. "So. I'm yours until noon. Wanna write?"

"Hell, yes. I got my guitar." He pulled off one boot, then the other. The business meeting was over.

"Fucking A!" He got this grin -- wide and wild and pleased. "I'll grab the pens and paper."

Markus found that he had the same goofy grin on his lips, too. They had always connected best over music. Wherever they were.

Seb came back with two bottles of water, a pad of paper, and a guitar case.

"Start with the stadium rocker?"

"Uh-huh. I was thinking something about fireworks and flames?" Seb plopped down beside him, pulled out the ancient six-string. God, how many memories did he have about that man and that Gibson? Shit.

"Old flames, maybe. America loves an old love story come back to life." He popped his acoustic out of the case. It wasn't old, but he loved it and it was custom.

"Oh, man. Fireworks and Old Flames. I fucking love the hook." The words were scribbled down in Seb's weird, backassward script.

"Yeah." He keyed up the first chord, already having a good idea where they were going. Man, he hadn't been this fired up to write in months.

Hell, maybe Seb would be good for him, like a B12 shot or one of those juice fasts.

Either way, Markus figured it wouldn't be boring, and that was a shot in the arm to his semi-retired life.

I hope y'all love these boys as much as I do.

I love this book!

This one sounds so good! Thanks for the links :D And Congrats on the release :D

Wow, a change from the rock and roll world. Yes, indeedy!