So I decided to start featuring a backlist title on Wednesdays -- I mean, I've been publishing for almost ten years. Some of these books I don't ever talk about and I want to be able to share them. :D

For instance, this one: 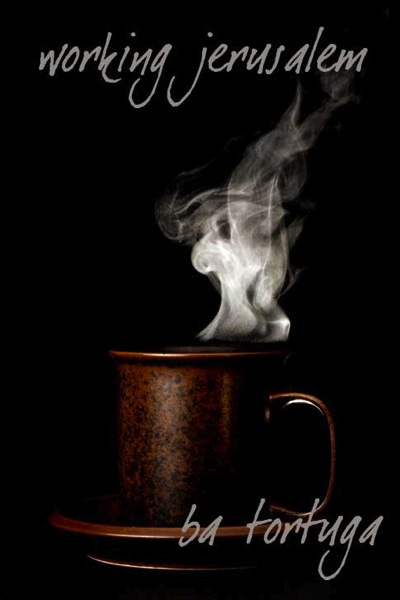 I wrote this book for Julia -- hot, a little kinky, and a little angsty, it was a hoot to write and I admit, I was in love with Todd from the get go.

Todd McPhie loved the coffee shop business. He really did. The smell of coffee made him happy, the people were five minute friends, and the voyeurism factor was huge.

Friday evening at the Jerusalem Coffee Company was like the McDonald's of yuppie neurosis. Supersized drama for all. The clientele Todd catered to tended toward closet cases or flaming queens with little wiggle room in between, and watching the two factions dance around each other fascinated him.

Especially since they were all so desperate to hook up.

His barista, Victor, grinned over at him while foaming a skim milk double shot mocha caramel something, shaking his head. "What do you want to bet that Mr. Cinnamon Bun and Two Creams hooks up with Mr. Soy Chai Cinnamon?"

Victor hooted, swirling a little heart into the foam. "Oh, yeah. You know, boss, it's been awhile since you tanned someone."

Todd let Victor get away with shit like that because the guy had been with him since he opened and all he could pay was the meager tips they got. No one else was allowed to comment on Todd's personal life. Or lack thereof.

He shook his head mournfully, giving Victor a fake as hell hangdog look. "I scare 'em all off, honey. But thanks for thinking of me."

"Anything for you, boss."

Todd headed to the floor to clean some tables, rolling up the sleeves of his turtleneck and pondering on how it might be time to hire some more help. With Alan quitting he was short-handed, and that left him little time to play.

He chatted with a couple regulars, working his way around the joint. When he got to the tiny corner in the back, all he saw were stacks of books, a faded ball cap, and a regular mug a quarter full on the wood.

Okay. Working? On a Friday?

Now that was a novelty. Todd made his way over, peering into the depths of the booth. "You need a refill?"

"Hmm?" The brim of that cap lifted, a pair of big bright-blue eyes meeting his, electric enough that they sparked.

Lord, that was pretty. Suddenly even more intrigued, Todd gestured to the mostly empty cup. "A refill. What's your poison?"

Todd McPhie thinks that running the Jerusalem Coffee company is a lot easier than what he used to do for a living. He gets plenty of people watching time, and occasionally picks up someone for a little more than observing.

Then JD comes along, getting Todd more hot and bothered than he's been in a long time. He convinces JD to play, but JD might just have the most conservative job on earth, and the man is kind of a workaholic. Can Todd convince JD he's worth more than a one night stand?

Author's Note: Sometimes, I just want to write hot guys having hot sex and falling madly in love, you know?

Sounds great! I just added it to my Wish List.

Donna, I can tell you it belongs on the to be read list - I have it and love it. In fact, I am going to dig it out and re-read it. Thanks for bringing up the oldies and goodies.
KT

OH this looks good. Thanks for bringing out the older stuff :D

Thanks KT, I just went over to Torque and picked it up.