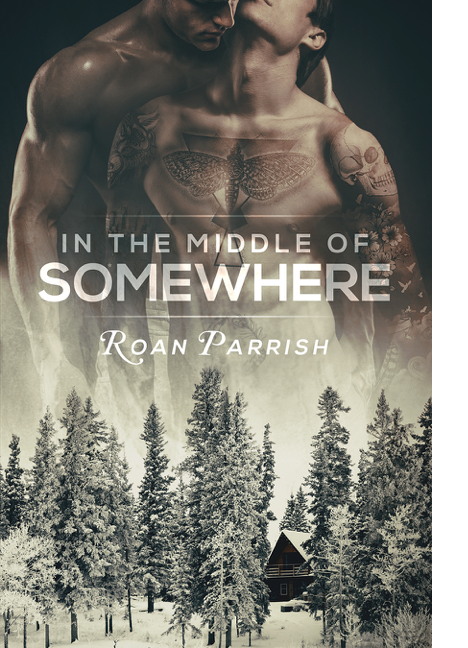 In the Middle of Somewhere  |  Roan Parrish

Daniel meets Rex when he comes to the little northern Michigan town of Holiday to interview for a job at Sleeping Bear College. Sleeping Bear isn’t a real college, but it is a real place. Sleeping Bear Dunes National Lakeshore is on the northwest coast of the Lower Peninsula, right on Lake Michigan. It’s beautiful—the dunes are vivid yellow against the blue of sky and water, and you can run down the dunes, arms spread, collapse into the sand, and see nothing but sky above you. One disastrous summer I agreed to go to a sleep-away camp the next town over and hated it so much that I spent a lot of my time scheming ways to run away and go live in the dunes.

The dunes are named after the Chippewa legend of the Sleeping Bear. The legend goes that a mother bear and her two cubs were fleeing famine (or a forest fire—the legends differ) in Wisconsin and, looking out over the water to Michigan, decided to try and swim across the lake. As they swam closer and closer to shore, one by one, both cubs drowned. When the mother bear made it to land, she slumped down on the beach, devastated, looking back at the water that had claimed her cubs. Seeing her grief, the Great Spirit Manitou created two islands (North and South Manitou) to commemorate the cubs she’d lost. The lone dune itself represents the mother bear, lying always alone, looking out at the water.

Fortunately, Daniel has a bit of a cheerier association with bears! This excerpt is from the very beginning of In the Middle of Somewhere, when Daniel is in Michigan for the first time.

I toss my bag in the door of my rental car and practically throw myself in after it. Once the door is safely closed, I slump into the seat, close my eyes, and curse the entire state of Michigan. If Michigan didn’t exist, then I wouldn’t be sitting in a rental car at the edge of Sleeping Bear College’s tiny campus, having a premature midlife crisis at thirty.

I just spent the day interviewing for a job at Sleeping Bear, a small liberal arts college I’d never even heard of until six months ago. My interview went well, my teaching demonstration went even better, and I’m pretty sure I never let my cuffs slide up to show my tattoos. I could tell they liked me, and they seemed enthusiastic about hiring someone young to help them build the department. As they talked about independent studies and dual majors, I mentally catalogued all the bear puns I could. Of course, what they’d think if they found out that I associate bears’ hairy chests and lumbering gaits with large men drinking beer instead of the college, the nearby dunes, and the animal they are named for, I can’t say.

I’ve been working my ass off to get where I am today, and all I can think is that I’m a fraud. I’m not an English professor. I’m just some queer little punk from Philadelphia who the smart kids slummed it with. Just ask my ex. Just ask my father. Ask my brothers, especially. God, what the hell am I doing here?

Sleeping Bear is the only college where I got an interview and it is in the middle of fucking nowhere—near some place called Traverse City (which is definitely not a city, based on anything I’ve ever seen). I had to drive for nearly four hours after I flew to Detroit to get here. I could have gotten closer with a connecting flight in a tiny plane, but I’ll be damned if the first time I ever flew I was going to crash into one of the Great Lakes. No, overland travel was good enough for me, even if the flight, the rental car, and the suit I bought for the visit put me even deeper in the hole than I was before. At least I saved a hundred bucks getting the red-eye from Detroit to Philly tomorrow night.

I shudder when I think what my credit card bill will look like this month. Good thing I can turn the heat off in my apartment in a few weeks when it gets above forty degrees. Not like there’s anyone there except me. My friends from school never want to come to my neighborhood, claiming it’s more convenient to go places near campus. Richard, my ex, wouldn’t be caught dead in my apartment, which he referred to as “the crack house.” Asshole. And I only see my brothers and my dad at their auto shop. Still, I love Philly; I’ve lived there all my life. Moving—especially to the middle of nowhere—well, even the thought is freaking me out.

Now, all I want is to go back to my shitty little motel room, order a pizza, and fall asleep in front of crappy TV. I sigh and start the rental car I can’t afford.

I have to admit, though, the road from the school to my motel is beautiful. All the hotels near campus are cute (read: expensive) bed and breakfast joints, so I booked in at the Motel 6 outside of town. It’s down a two-lane road that seems to follow the tree line. To my left are fields and the occasional dirt road turnoff with signs I can’t read in the near-dark. God, I’m starving. I haven’t eaten since an ill-advised Dunkin’ Donuts egg sandwich at the airport.

It’s really cold so far north, but I crack the window to breathe the sweet smell of fresh air and trees anyway. It’s actually really peaceful out here. Quiet. It isn’t something I’m used to—quiet, I mean. Library-quiet and middle-of-the-night quiet, sure. But in the city there’s always noise. This is a quiet that feels like water and trees and, well, nature, I guess; like the time my parents took us to the Jersey Shore when we were kids and I hid under the boardwalk away from the crowds, listening to the overwhelming sound of the ocean and the creak of docks.

And peace? Well, never peace. If it wasn’t one of my asshole brothers starting shit with me, it was my dad flipping his lid over me being gay. Of course, later my lack of peace came in the form of Richard, my ex, who, while we were together, was apparently sleeping with every gay man at the University of Pennsylvania.

My hands tighten on the wheel as I picture Richard, his handsome face set in an expression of haughty condescension as he leveled me with one nauseating smile. “Come on, Dan,” he said, like we had discussed this before, “who believes in monogamy anymore? Don’t be so bourgeois.” And, “It’s not like we’re exclusive.” That, after we’d been together for two years—or so I’d thought—and I’d taken him to my brother Sam’s wedding.

Anyway, I hate being called Dan.

I grit my teeth and force myself to take a deep breath. No more thinking about Richard. I promised myself. I glance down at the scrap of paper where I scrawled the directions to my motel. I can almost taste the buttery cheese and crispy pizza crust and my stomach growls. When I look back up a second later, something darts into the road in front of me. I swerve hard to the right, but I hear a sickening whine the second before the car veers into a tree.

DANIEL MULLIGAN is tough, snarky, and tattooed, hiding his self-consciousness behind sarcasm. Daniel has never fit in—not at home with his auto mechanic father and brothers, and not at school where his Ivy League classmates look down on him. Now, Daniel’s relieved to have a job at a small college in Northern Michigan, but, a city boy through and through, when Daniel arrives in Holiday, Michigan, it’s clear that this small town is one more place he just won’t fit in.REX VALE clings to routine to keep loneliness at bay: honing his large, muscular body until it can handle anything, perfecting his recipes, and making custom furniture. Rex has lived in Holiday for years, but his shyness and imposing size have kept him from connecting with people. Though he loves the quiet and solitude of his little cabin in the woods, Rex can’t help but want someone to share it with.When Daniel arrives in Holiday, they are smitten with each other, but though the sex is intense and explosive, Rex fears that Daniel will be one more in a long line of people to leave him, and Daniel has learned that letting anyone in could be a fatal weakness. Just as they begin to break down the walls that have been keeping them apart, Daniel is called home to Philadelphia where a secret is revealed that changes the way he understands everything.Can a scrappy professor, an intense carpenter, and a stray dog make a go of it in their cabin in thewoods? Sometimes, you have to go to the middle of nowhere to end up exactly where you want to be. 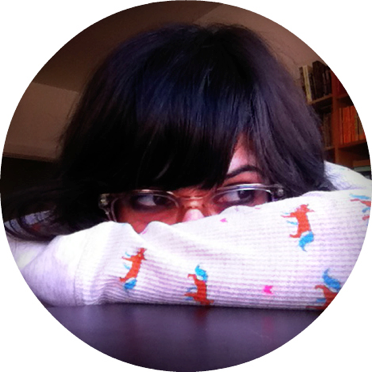 ROAN PARRISH grew up in Michigan and lives in Philadelphia, but is always a few minutes away from deciding to move. A former academic, she’s used to writing things that no one reads. She still loves to geek out about books, movies, TV, and music—now, though, she’s excited to be writing the kind of romantic, angsty stories that she loves to escape into.When not writing, she can usually be found cutting her friends’ hair, wandering through whatever city she’s in while listening to torch songs and melodic death metal, or cooking overly elaborate meals. One time she may or may not have baked a six-layer chocolate cake and then thrown it out the window in a fit of pique. She loves bonfires, winter beaches, minor chord harmonies, and cheese. But mostly cheese.

OH WOW. This is an INSTANT read for me. I spent my formative years in Michigan and we used to go up to Sleeping Bear Dunes and Traverse City EVERY SUMMER! My memories I think are better, because I look back on that and I'm happy and miss it (and I DETEST MICHIGAN LOL) and would love to get my hubs and kid to take a vacation there sometime.

The descriptions were so vivid it took me right back there, I cannot WAIT to delve into this book! Thanks for such a great post :D

Did you know you can create short urls with LinkShrink and make cash from every click on your shortened urls.

By using RentalCars you can discover affordable car hire from over 49000 locations across the world.