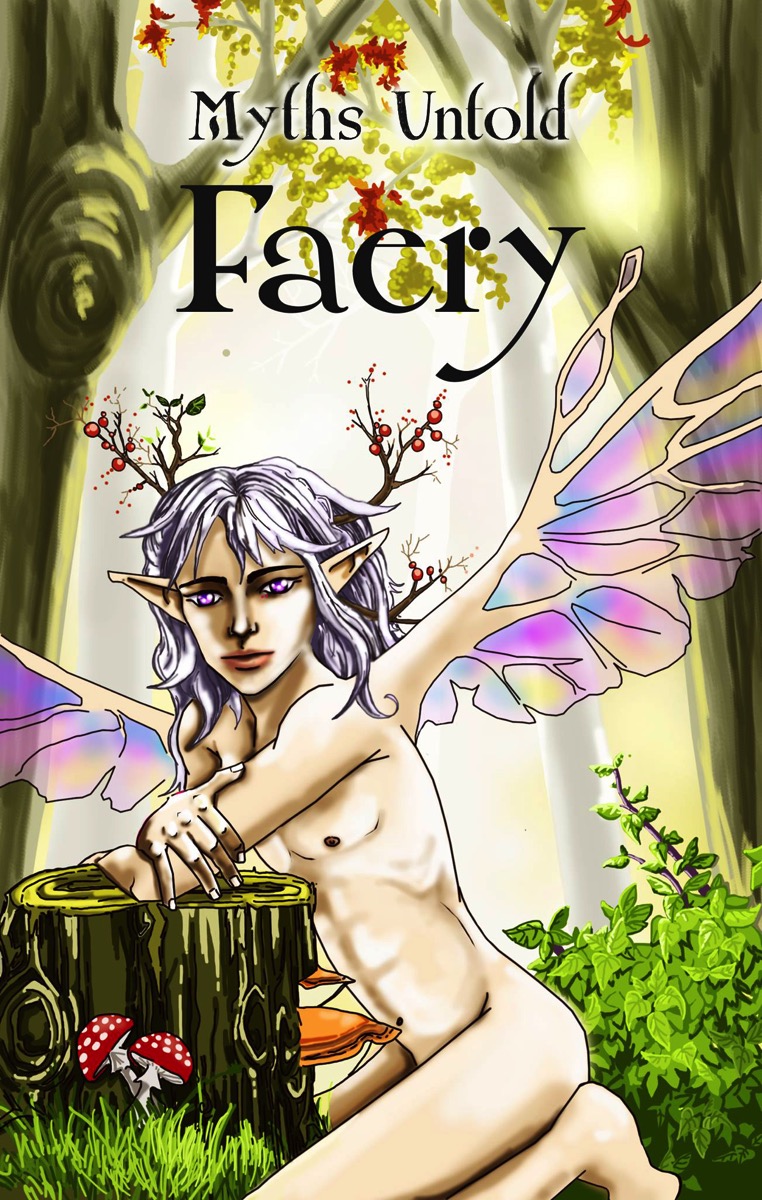 I’ll be the first to admit that I’m not really a fairy fan. I mean, I like them, but they were always my younger sister’s thing. Dragons were mine. Still, I’ve always wanted to write a Faery story. I just didn’t know I’d ever get a chance to do so with other great authors. When Scott asked me to join him, Gus and Brandon in writing this anthology, I was thrilled.

That doesn’t mean I knew what I was doing. I had no clue. Seriously. None.

I didn’t know anything about Faery or fairies or anything in between. I liked fairy artwork. I am a huge fan of Amy Brown’s work – especially if she mixes dragons and fairies – but seeing images isn’t the same as knowing the creatures themselves.

It was about that time a friend I’d told I was working on this project handed me a book called Faeries by Brian Froud and illustrated by Alan Lee. The images in the book reminded me of every image tied to every Grimm’s Fairy Tale I’d ever read and from there ideas blossomed. I took ideas I saw within the pages of Faeries and converted them into creatures for my own Faery realm.

And Faery? I couldn’t even imagine it. To me, Faery was a place beyond the magical confines of a mortal’s understanding, which was something I tried to convey in “Changeling”. I wanted the reader to realize we never really saw Faery because we just can’t fathom the extent of its magnificence.  Not that we couldn’t try, and everyone’s ideal view of Faery will be ultimately different from the person next to them. How would you describe Faery, a place so out of touch with this world and beautiful in ways our world isn’t, to your neighbor or friend or even family member?

Faery is full of magic and wonder and possibilities, and I wanted that conveyed within “Changeling”. Did I succeed? Only you can tell me for certain.

Faeries are part of mythology the world over, past, present, and future. Called elves, brownies, the fae, and more, they evoke a sense of wonder and a little danger. Faery has its own rules, and humans enter at their peril.

In this spirit, we bring you the first book in the Myths Untold anthology series—four stories from the land of the Fae: a homeless man in Cardiff and the luck that could destroy him; the trans man in future San Francisco who falls for an elf; the village boy who has always been a little different; and a faery prince whose birthright was stolen from him.

The Pwcca and the Persian Boy, by Gus Li

Despite beauty and luck, something about Glyn makes everyone uncomfortable. Homeless on the streets of Cardiff, he has nothing to keep him going but his friendship with Farrokh. Through stealing and fortune’s occasional favor, Glyn keeps them alive. But then homeless youths begin to disappear, and when Farrokh goes missing, Glyn begins to discover the reasons behind both his luck and the way people react to him. Determined to save his friend from a danger he never imagined, he enlists the help of Lleu, who might be an ally, or might be manipulating Glyn to achieve his own goals.

The Other Side of the Chrysalis, by Brandon Witt

In a species that values beauty above all else, Quay looses both his freedom and his birthright as prince of the fairies.  Lower than an outcast, he watches over his younger brother, hoping against hope that Xenith’s rebirth will provide safety and positions that has slipped through Quay’s grasp.  Though he expected kindness from no one, Quay gradually starts to trust that there is more to life, even for the likes of him, as sexual encounters with Flesser, a fairy barely accepted himself, turn from lust to love.  Quay knows having forbidden relationships will be his undoing,  but he is powerless to turn away.

With his pointed ears and a tail, Tyler’s always been different than the other children, but until Marsh, a brownie tells him he’s a changeling, he never thought he wasn’t human. Now he will discover what faery life is like, and just how being a changeling could change his life. On the way, his ties with his mother will be pushed and prodded even as his friendships grow and his love life blossoms.  However, in a village of God-fearing people, those who are different are spurned and Tyler will discover how much trouble a fledgling changeling can get into.

Through the Veil, by J. Scott Coatsworth

In the not-too-distant future, San Francisco has been swamped by rising sea levels caused by global warming, and has only survived by building a wall to keep the water out of the heart of the City. Colton is a trans man barely getting by on the canals outside the wall. Tris is an elf who has come to the human world on his journey to become a man. Fate brings them together, and everything changes for Colton when he sets out with Tris to find the elf's missing brother, taking Colton behind the Wall for the first time.

Available at the Wilde City website 4/13/16; other sites one week later.

August (Gus) Li is a creator of fantasy worlds. When not writing, he enjoys drawing, illustration, costuming and cosplay, and making things in general. He lives near Philadelphia with two cats and too many ball-jointed dolls.
He loves to travel and is trying to see as much of the world as possible. Other hobbies include reading (of course), tattoos, and playing video games.

Brandon Witt’s outlook on life is greatly impacted by his first eighteen years of growing up gay in a small town in the Ozarks, as well as fifteen years as a counselor and special education teacher for students with severe emotional disabilities.
Add to that his obsession with corgis and mermaids, then factor in an unhealthy love affair with cheeseburgers, and you realize that with all those issues, he’s got plenty to write about…

Dragons, wolves, and sharp objects are commonplace in Skye Hegyes’s home in North Carolina. She spends most of her time between writing and working. When not doing either of these things, you may find her making crafts or adventuring with her family, which consists of her husband, two daughters, two birds, and three cats… and a partridge in a pear tree…