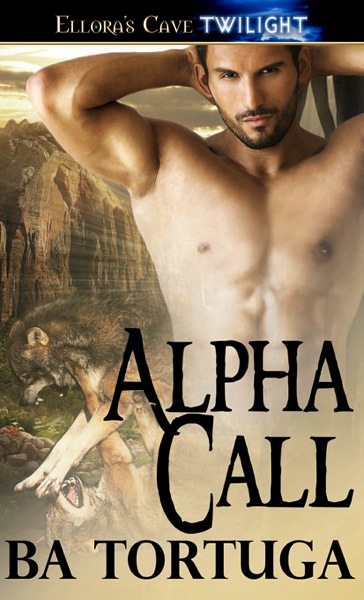 I love this story -- Wendy is a stud and Brett is more than her match. Hot, funny, and packed with action, I couldn't be more proud of these two. :D :D

Official blurb: Wendy doesn’t need any help to get rid of her evil ex. As a cop, she can handle anything life throws at her. In fact, she’s sure of it, even when trying to capture the ex alone puts her friends in danger. Too bad local werewolf alpha Brett has different ideas. He doesn’t care if Wendy wants to be a lone wolf. He has to protect all the werewolves in his town. Including her. Especially her.

Wendy finds Brett irritating, overbearing and sexy beyond belief. Brett thinks Wendy is trouble with a capital T, and hotter than the dog days of summer. Butting heads can be fun, but there are other ways to rub against each other. Intimate, lusty ways. These two sexy shapeshifters are playing to win.

“Mmmhmm. I have some éclairs, though.” He got them out of the fridge and she vibrated, trying not to just tear them out of his hands.

“Oh, that’s cheating, man.” They made her mouth water.

“Why? I’m not making them a trade or anything.” He grinned. “I thought about it, but I think you need chocolate.”

He handed over the container without comment except, “Coffee or milk?”

“Coffee with cream?” She put the box on the table and helped, cleaning dishes as he made the richest, most delicious coffee she’d ever smelled. Wendy figured she could get an award for her restraint. Those éclairs were ten pounds of amazingness.

He handed her a cup, moving close, his hand touching hers.

“You okay?” He eased her cup down, his hands all over her now. On her elbow, her hip, guiding her down into her chair.

“Yes. Yeah. I’m good.” Fuck, her nipples were hard as nails, her clit throbbed and she suddenly wanted to bite something.

Brett drew in a deep breath, scenting her. His pupils dilated. “You smell good, for sure.”

“Don’t. I’m not interested in playing.” God, she was a shitty liar.

“Mmm. I’m not interested in playing, honey. If you and I tie it up, you need to be prepared to stick around.”

“You don’t think so?” He glanced pointedly at her chest. Which, of course, made her look at his crotch. Oh God.

“Stop it.” She was talking to both of them.

“Yeah.” He opened the container of éclairs and gave her one, sitting across the table. Yay. Distance.

Wendy focused on the cream and the chocolate and the flaky pastry and it actually worked. The éclair was better than any sex she’d ever had. She hummed and licked, nibbling around the edges, sucking her fingers clean.

A sip of the coffee completed the experience. It was dark and rich and mixed with the chocolate flavor still on her tongue. She might just die happy.

A soft whimper had her looking up. Brett stared at her, eyes alight. He held out another sweet. “Have one more. Please.”

“Oh, you do. You’re running on empty. The carbs will do you good.” He was...she could smell him and it should be gross. It wasn’t. It was delicious.

“One more.” She took the pastry, dragged her fingers through the cream and sucked them dry.

When she was done, she looked at Brett to find him all but panting, cheeks flushed, his eyes glowing gold around the edges. He looked as if he wanted to eat her alive. She wanted to straddle him, ride him into the ground. Hell, she wanted to bite him.

His eyes widened and he pushed up, hands on the table, broad chest working as if it was a bellows. “No biting, honey.”

Her eyes went wide. “What?”

Brett just stared at her, his jaw set. “If anyone is biting, it will be me. The only reason I’m not taking you to bed right now is this whole thing with your ex.”

“That and I’m not interested.” See? This was why she wasn’t pack. “I’m heading home. Give me my stuff.”

“Not interested?” His voice lowered to a throaty growl. “I could strip you naked right here on the table and you’d beg for more.” Brett reached out, almost touching her, the heat from his hand maddeningly close.

“You fucking wish. I don’t beg.” She growled low, slapped his hand out of the way and got right in his face. “I’m not some little bitch looking to wiggle her rump in every male’s face. You fucking bother me again and I’ll have you arrested and held. We’ll see how well you do in general population during the moon.”

She half expected him to bite her, as furious as he looked. That probably would have been easier to handle than the kiss he planted on her, his hand sliding into her hair to hold her there.

RAWR - what an excerpt! Congrats on the new release!